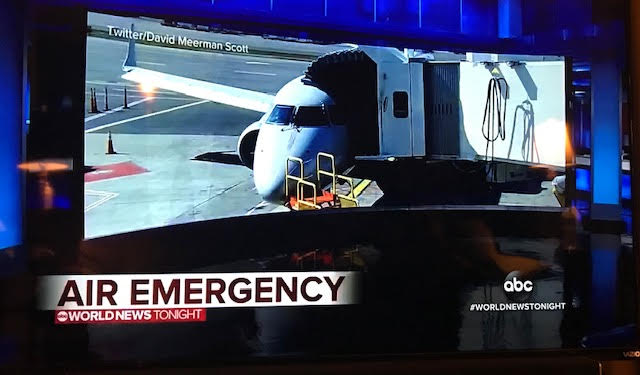 Yesterday, I was flying on the American Airlines shuttle from Boston to New York when soon after takeoff we hit a flock of geese. The pilot declared an emergency and we landed 11 minutes later back at Boston Logan airport. When I deplaned, I shot a photo of the blood and feathers on the nose and windscreen of the plane and posted it on Twitter and Instagram. I never imagined that the photo would be one that dozens of media outlets were eager to run.