Early on, Google was so confident in their ability to answer our queries that they added a button that said “I’m Feeling Lucky” to their homepage. The button skipped the search results page entirely and took us to the first organic result.

Google still has the button on their homepage, and they’re still confident they can immediately deliver an answer. Only now they think they don’t need to take us to another page at all. The trend over the last few years has been to put the answer to our questions directly in the search results page in “position zero.”

What Is Position Zero?

The search results that come after ads and before the classic ten blue links are what we’re calling “position zero.” Google’s aim with these results is to provide an answer to the user’s query directly in the SERP, without them needing to click on anything.

Since users don’t need to click on a result to get an answer, position zero results are also pretty important to Google Assistant, their replacement for Google Voice Search.

Featured snippets are excerpts of text taken from a page ranking in the first ten basic search results. They come in three flavors: paragraph, list, and table. Google chooses the text excerpt it thinks is most likely to answer the user’s query. 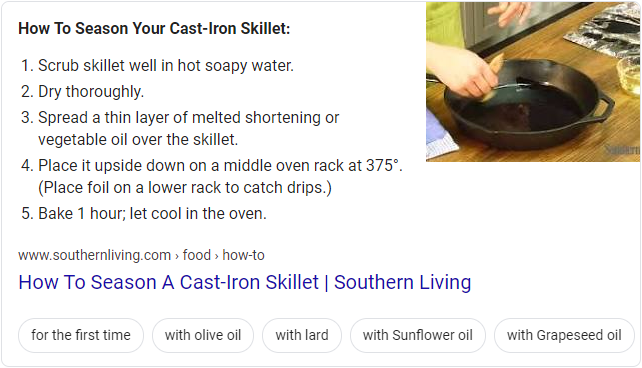 Google’s Knowledge Graph is a database of facts and relationships about entities Google extracts from content on the web. Knowledge Graph results are the bits of information Google thinks will directly answer the query. You will often see these in position zero when you search for things like “when was the great Seattle fire?” 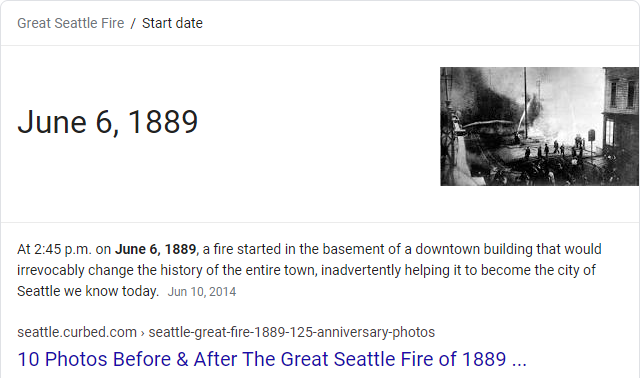 The position zero that brands are mostly concerned with are Google’s answer box results. These are the app-like widgets that come in a variety of flavors. There are answer boxes for weather, song lyrics, definitions, hotel booking, job listings, stock prices, calculators, sports league standings, time zone clocks, and many more.

The content for these widgets either comes from Google themselves, like flight schedules and calculators, or Google finds a reliable source of information like with definitions and song lyrics. Other answer boxes are sourced from multiple websites using rich data markup, such as job listings. There are even ad-driven answer boxes like Google Flights and Hotels Search.

Featured snippets and answer boxes are great for users. They offer immediate information on mobile, desktop, voice search, and Google Assistant queries. However, publishers are worried that Google is sending fewer users down the SERP when the answer is available above the fold. And they’re right! 2019 was the first year where less than half of searches resulted in a click.

I have a client in one of the spaces heavily affected by Google’s position zero results, and they are hurting. Their traffic is down year-over-year for two years in a row. Their rankings are fine, their site speed is pretty good, and their impressions in Google Search Console are up a little year over year. The problem is their click-through rate on desktop and mobile is in a gradual slide downward from fewer clicks.

As I dig into their traffic and look for an alternative explanation, I can’t find one. When I look at their STAT account, I see their share of voice for answer boxes continues to move upward while featured snippets decline. They are still answering the questions their users are looking for, but Google is now making them available without having to click through to their site.

How to Deal With Zero-Click Getting Worse

The situation isn’t going to get better for most verticals. In fact, we should expect it to get worse. As Google improves its Knowledge Graph and develops more widgets to place in position zero, more industries are going to have year-over-year decreases in available organic traffic from Google.

What’s even more unfortunate, there isn’t anything we can do to reverse this trend. Google has a dominating share of the search engine market, and users aren’t switching. All hope is not lost, however. Below are some ways to work around Google’s position zero results and even take advantage of the search features.

If users are getting the answer to their query directly in the SERP, why are they still clicking on search results? Google’s answer boxes aren’t stealing all of our clicks, just the clicks from users who are least likely to spend time on our pages.

If a user gets the basic answer from Google and then clicks on an organic result, they want more information. Our job as SEOs is to determine what that next bit of information is and deliver it to them.

Publishers that make money by serving ads definitely need more in-depth content when zero-click searches are increasing. If we can increase our average pages per session from 1.25 to 1.5, that could mean a potential increase of 20% in ad revenue.

If you’re in the song lyrics or dictionary space, the information the user wants could be closely related, like the meaning of the lyrics or how to use the word in a sentence. For instance, I use Google’s answer box when I want just the lyrics, but I’ll go to Genius or Song Meanings if I want to know what the popular interpretation of the song is.

Not every keyword has the answer to the query directly in the search results. If you’re finding that Google’s answer boxes are siphoning off too many clicks, then maybe it’s time to look for new territory.

Get your favorite SEO toolset and begin researching keywords based on SERP features. Ahrefs will allow you to exclude keywords where the SERP has answer boxes, but they call the feature a “Knowledge card.”

SEMRush has a similar filter in their Keyword Magic Tool, but you’ll need to exclude “Instant Answers” and include the rest:

Many of the keywords you’ll find this way will have a featured snippet instead of an answer box, but at least you’ll have the possibility of capturing the snippet. And, don’t forget the value in researching keywords the old fashioned way: human analysis of SERPs.

The best search feature you should target to take advantage of position zero is the featured snippet. Optimizing for featured snippets is just like on-page SEO, only at a smaller scale. As the first and most prominent organic result in the SERP, it’s also likely to get the best click-through rate. It’s pretty much a super snippet.

I’ve had clients express fears about featured snippets increasing the zero-click rate of Google’s search results and conclude they aren’t worth capturing. I think that’s the wrong way to look at it. Roughly 23% of all search result pages include a featured snippet, so they’re kind of hard to avoid. And then, if an important keyword has a featured snippet, would we rather have our competitor occupy it instead of us? It’s still valuable real estate.

Google sources the data in its Knowledge Graph from a variety of sources and doesn’t always say where they sourced the fact from. Their justification for this could be that many facts are “common knowledge” and don’t need attribution.

Knowledge Graph results without attribution are generally not something you should spend time strategizing around. Google has pretty firm ownership of this space in the SERP.

Some answer boxes have source attribution, but it’s often a small link below the box. Weather boxes link to The Weather Channel, song lyrics are sourced from LyricsFind, movie reviews link back to sites like IMDB and Rotten Tomatoes, and there are many more. These aren’t great targets for getting the attribution link, though. Google tends to pick one or two big players in the space for the answer box and changes them infrequently.

The Featured Snippet That Is Also the Knowledge Graph

There is a featured snippet variant that lives in the Knowledge Panel on the side of desktop SERPs and in position zero on mobile. The text part works like a regular featured snippet, but it’s embedded in a Knowledge Graph panel with image search results above and links to SERPs for related topics below. 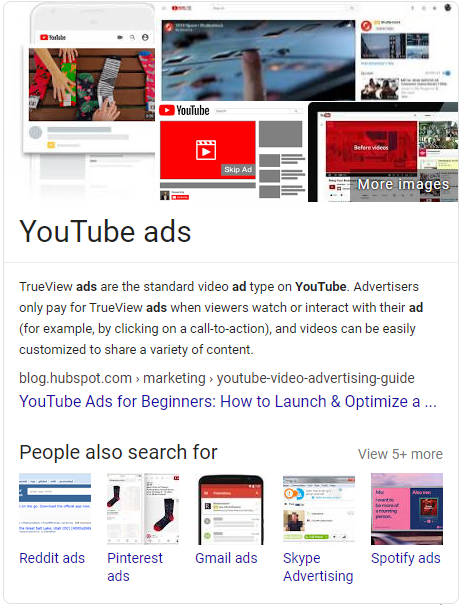 In this Twitter thread, Danny Sullivan said the sidebar knowledge panel results are going to be moving to position zero on desktop results, so it will be a position zero search result on desktop and mobile pretty soon.

It’s not yet clear how Google chooses the source for these featured snippets, but there will be a lot of scrutiny after they move into position zero.

Position Zero Will Continue to Change

It’s reasonable to expect Google to continue expanding their position zero results. Users like them, and they keep coming back to Google for future searches. This is exactly what Google wants in a search product to serve ads on.

We should also expect Google to get more sophisticated. Every year they announce a new advance in natural language processing, and they’re a little closer to writing their own featured snippets. It won’t be long until they won’t need organic links at all. But until that time comes, these methods can help you work around the zero-click crisis and keep your organic traffic afloat.

The post How to Optimize for Google’s Position Zero appeared first on Portent.