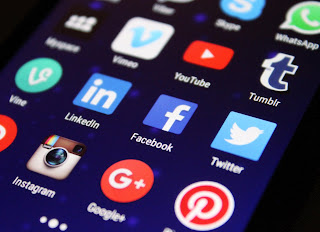 Social media plays such a vital role in our lives now. We can’t imagine life without it. This has become a global phenomenon and still widely spread. Social media is a medium that reaches people all around the globe. People are so connected these days; it is true that in the last 15 years, social media has taken the world by storm. Not so long ago was life still black and white? It was still a life where cell phones have not taken our lives completely and where we still use telephones to connect. The internet was used restrictedly, but this was just 10 -15 years back, and till then, social media and the internet has taken our lives by storm. It is estimated that in the next 15 -20 years, everyone will have access to the internet.

When we talk about the internet, we can’t ignore the social media sites be it Facebook or Instagram. These two sites have taken the world by storm and are conquering both the youth and the older generations. How social media gained popularity.

Social media – How it all began

With the introduction of cheaper internet rates and Facebook in 2004, the internet became a household name, and its popularity isn’t taking aback by anything since then. Let’s take a look at youth and the social media

Previously the internet was accessible to people, but it didn’t play such a pivotal role in their life. Yes, it connected everyone, but people would use the internet only using email, but with the dawn of Facebook and other social sites, it has completely taken away the time of the youth who spends about 5 -6 hours on the social media sites such Facebook, Instagram, and other such addictive sites. Facebook was created and used in 2006-07, and Instagram was launched in 2010 and has gotten the whole world hooked on them, and this is not slowing down thousands of people are creating their Facebook and Instagram account so as we’re talking.

There is a widespread effect of social media, especially Instagram and Facebook. The most common negative effect is addiction.

The youth especially are addicted to these social media site, and social media control every aspect of their lives. They spend so much time on social media sites like Facebook, Instagram, and the latest addictive site TikTok. It can be assumed that social media has more addictive quality than cigarettes and alcohol, and this is alarming.

Because of the pressure to look good and present you in the best way at all time, this creates unrealistic expectations. For example, Instagram is a site where you upload your photos so generally the youth or the older generation would like to upload only photos where they look good, or they would like to upload photos of places they’ve visited. This instant need to look good and present yourself and your lifestyle in a grand manner lead to harming ways in which the individual either spends so much money to look good and spend money on their trips just so to look good on social sites and impress their followers on Instagram.

If you scrutinize Instagram, you’ll see that the celebrities play a major role in it and the celebs would post a picture of their perfect body and rich lifestyle and this creates such a disparity between the celebs and the common man. The common man starts building negative body image, and they would also like to become more like the celebs, and this harms them more than anything else.

To conclude, it is important to maintain moderation in life, be it in everything we do. So the same goes to social sites if we spend around 1 hour or at the most two hours on the social sites this doesn’t hamper with our daily lives and routine and it is good to be connected too.

Walter Moore is a notable management consultant and digital marketing expert. He is an experienced digital marketer and has helped e-commerce businesses in all niches gain with his effective marketing strategies and guidance.